Creative director Thibault Van Renne had the idea of using a hidden stereogram design in one of his new creations. This can be done using a stereoscopy, a visual technique, creating a hidden visual effect only visible when staring in the right way at a flat image.  This would be a worlds' first and has never been done before.

For this project Thibault Van Renne collaborated with a company based in the United States, specialized in creating stereograms on f.e. promotional material, printed media of all sorts, but also fabric. They had never done anything in a rug design before, let alone in a handmade carpet. This was a first challenge: how to translate the computer generated stereogram into a weavable template, not losing the 3D effect.  Another challenge was the fact Thibault decided to bring life into an existing carpet design he had made before, rather than taking a standard blurry image and hiding a stereogram in it. Which made it a very serious challenge as well as when the designing part is concerned, as well as the execution and the production.

On thing was sure: the carpet would have to be knotted exactly like the extremely pixilated design template, where every pixel in the image is one knot in the finished design. If one knot or more would have been badly executed or wrong, the stereogram would fail. Fortunately, after 1 year of weaving (for a simple 4x4 feet size) and many sleepless nights worrying about if we would make it or not, the piece came off the production loom. After washing and shaving the rug, it became clear the mission was a success.

In this way the THIBAULT VAN RENNE company was able to create a 4th dimension effect for the first time ever in a handmade carpet or any carpet for that matter in the whole world. You actually see virtual depth in the design of this handmade rug, where some parts of the design come towards the viewer and other parts seem to go away from the viewer in depth. This is an astonishing achievement and again marks an important moment in the THIBAULT VAN RENNE legacy timeline. The stereogram piece was nominated in the CDA (international carpet design awards) 2016 for best innovation and continues to startle and amaze carpet conoisseurs as well as art specialists throughout the world.

The piece was nominated in 2016 for "Best Innovation" at the international carpet design awards in Hannover, Germany.

This is a unique piece only produced once. It cannot be copied due to the design intricacy, which protects the buyer of the value of his piece. This is a never done before exercise and follows the THIBAULT VAN RENNE philosophy: pushing the boundaries of the 2D design of a carpet template and adding multiple dimensions or experiences to it that are visible in the finished product. Balancing on the thin line between art and a usable object, this elevates THIBAULT VAN RENNE as a designer brand producing unique art pieces

The design process in steps from inspiration to final result. 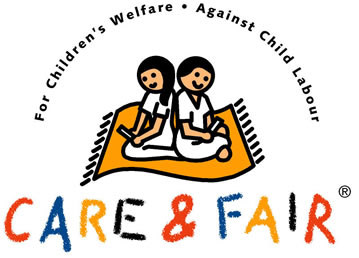 Care & Fair is an industry initiative of the European carpet trade and, therefore, the forum of an engaged and responsible part of the industry.

Should you require any further information or support, please contact our local customer service representative or your chosen boutique.
As we use carefully chosen natural materials, each Thibault Van Renne rug is individual and may differ slightly to what you see here.